Razer Chroma RGB is the world's largest lighting ecosystem for gaming devices which supports over 500 devices, 150 natively integrated games and over 15 million users worldwide. The integration with ASROCK enables universal compatibility with thousands of addressable RGB (ARGB) components directly into the ecosystem.

The Z690 Taichi Razer Edition is the world's first Chroma integrated motherboard on 12th Gen Intel® Core™ processors, which offers RGB Lighting customization with 16.8 million colors and a suite of unique lighting effects enhancing immersive experiences of games. On the other hand, Its technical brilliance goes far beyond any competitor so-called innovative motherboard. For example, Z690 Taichi Razer Edition protect users' valuable data from hackers with the unique design called "Independent Ports", which can be cutoff via BIOS to prevent the accessing from malwares and ransomwares, and ensure the information security in a user-friendly way; in addition, it provides "Lightning Gaming Ports" for extreme gamers desiring a hardware edge, which use 2 controllers connecting mice and keyboard separately for eliminating jitter and latency as much as possible. Lag-less Internet is what gamers value as well. Z690 Taichi Razer Edition equips the brand-new Intel® Killer™ AX1690 Wi-Fi 6E chip, which features 2 radios to enable simultaneous connectivity for both 2.4 GHz and 5/6 GHz bands. With Intel® Killer™ E3100 Ethernet and Intel® Killer™ AX1690 Wi-Fi 6E, it is in a sense "DoubleShot Pro X3"! Users can get the aggregated throughput of all interfaces (Ethernet, 2.4GHz Wi-Fi and 5/6GHz Wi-Fi), and critical traffic (games) will be sent over the optimal interface intelligently.

With all stuffs above, ASRock Z690 Taichi Razer Edition is ready to stand for the best gaming motherboard like hardly any other! 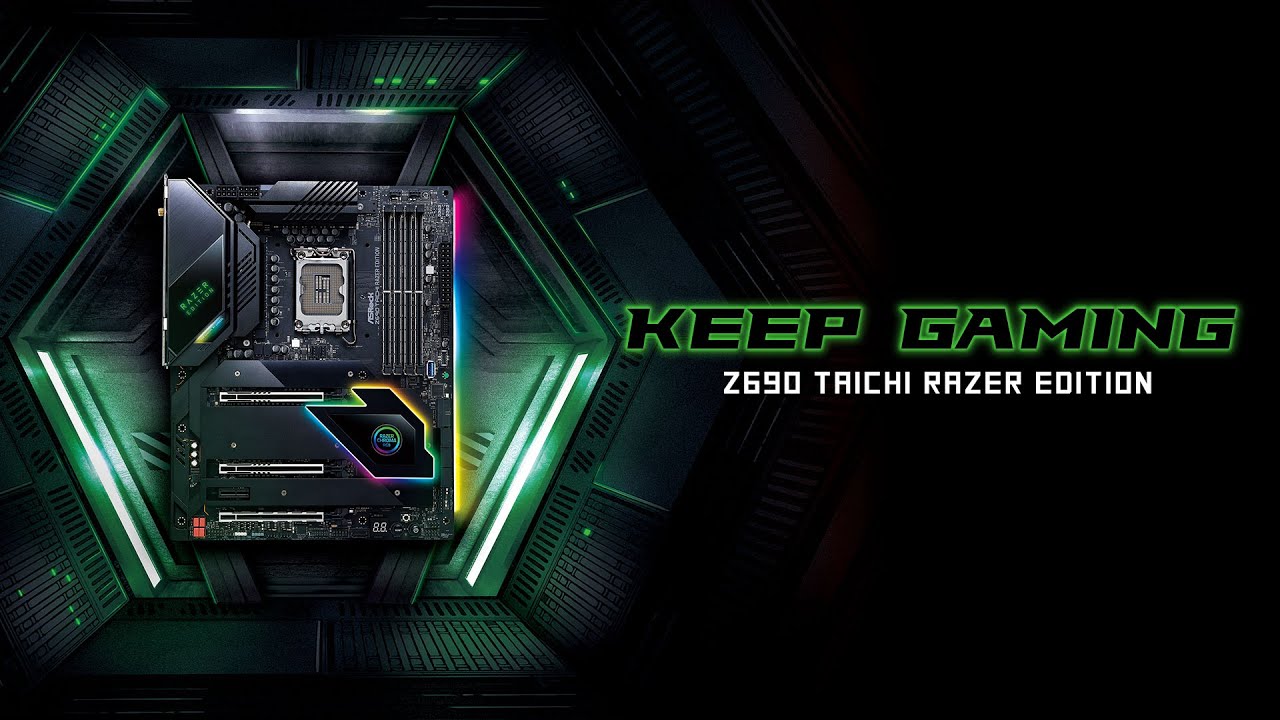